M.: Higher School of Economics Publishing House, 2013.
In this book, V. Rossman analyzes and summarizes the experience of public discussion about moving the Russian capital in the context of nation building and proposes a concept of the capital city as catalyst in that process. The author considers the current clash of ideas regarding a new capital and the various concepts, which he believes arise out of differing perceptions of what is Russia’s true identity. He gives a detailed analysis of proand contraarguments and their legal suppositions; the typology of suggested capitals, and applies aspects of geography, urban studies, spatial economics, studies of semiotics and symbolism of urban territories; and other disciplines. Rossman also considers other countries’ experience of moving capitals. He focuses not only on the soundness of choosing specific geographical locations, but rather on the various political and geopolitical strategies behind the choices present-ed. The author also studies various concepts of the capital and its transfer in Russian intellectual history. He conducts a comparative analysis of Moscow with the most important modern capitals and BRIC capitals, and investigates the specifics of its formation and anomalies of the Russian urban hierarchy.

This book is intended for geographers, historians, urban researchers, and anyone interested in the political situation in modern Russia.
Language: Russian
Sample Chapter
Keywords: политология 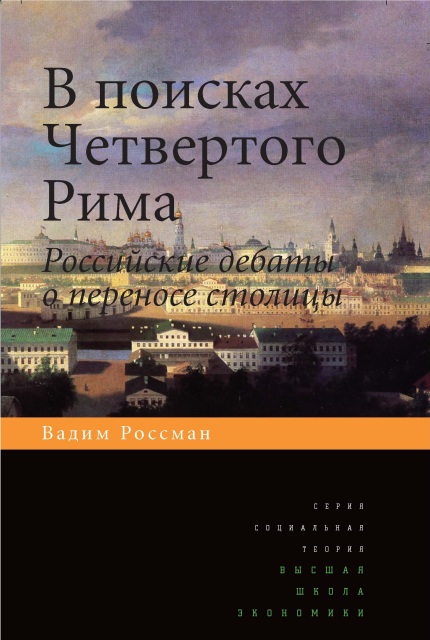