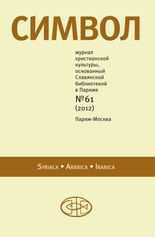 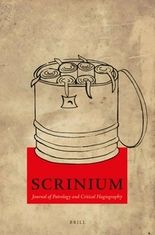 Книга
Syrians and the Others: Cultures of the Christian Orient in the Middle Ages
Vol. X. Leiden: Brill, 2014. 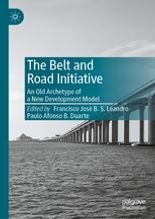 This book is an analysis of the developments associated with the Belt and Road Initiative (B&RI) five years after Xi Jinping announced both the Silk Road Economic Belt (SREB) and the 21st Maritime Silk Road (21MSR). Together, these two dimensions constitute the B&RI, providing the so-called Chinese ‘project of the century’ with regional, inter-regional and global reach. This book aims at assessing the impact of the B&RI in all these dimensions and levels of influence. This is a current and promising theme, not only in the short and medium terms, but also within a broader timescale, reflecting Chinese strategic thinking itself, since Chinese philosophy and culture are oriented towards long-term and inter-generational perspectives. Likewise, both the title of this publication and the way it has been organized result from the empirical perception that China asserts a conservative attitude towards foreign affairs, redesigned in multiple dimensions, to create a perception of domestic unity and global prestige. In this vein of thought, the B&RI is already influencing and will continue to influence, directly or indirectly, the current economic and political order. 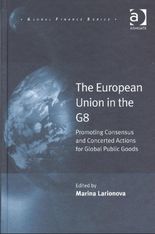 Книга
The Global Arctic Handbook
Sergunin A. A. Cham: Springer, 2019. 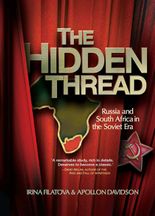 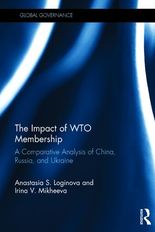 Книга
The Impact of WTO Membership: A Comparative Analysis of China, Russia and Ukraine
Loginovа A., Mikheeva I. V. Abingdon; NY: Routledge, 2018. 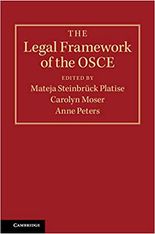 Книга
The Limits to Citizen Power: participatory democracy and the entanglements of the state
Albert V. A. L.: Pluto Press, 2016. 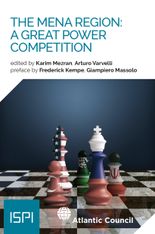 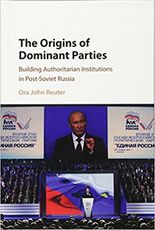 This book manuscript explores why dominant political parties emerge in some authoritarian regimes, but not in others. A dominant party is a strong ruling party that determines access to political offices, shares powers over policy-making and patronage distribution, and uses privileged access to state resources to maintain its position in power. Such dominant parties exist in about half the world’s autocracies. Prominent historical and recent examples include the PRI in Mexico, UMNO in Malaysia, the NDP in Egypt, the PDP in Nigeria, Nur-Otan in Kazakhstan, and, the primary focus of this book, United Russia in Russia. Political scientists have recently come to understand that dominant parties help autocrats win elections, reduce elite conflict, and, thereby, fortify authoritarian rule. If this is so, why do leaders and elites in many non-democratic regimes refrain from building strong ruling parties? Political scientists have yet to provide a clear answer to this question. In this book, I offer an explanation for why some regimes create these parties, but others do not. In turn, by demystifying the origins of dominant parties, this study advances our understanding of why some countries democratize, while others remain authoritarian. In contrast to existing theories of autocratic institutions, which focus mostly on the incentives of leaders to construct institutions, I argue that dominant parties are the product of decisions by both leaders and other elites. Specifically, I argue that dominant parties emerge when elites—such as governors, chiefs, warlords, oligarchs, landlords, strongmen, bosses, regional barons, and prominent politicians—hold enough independent political resources that leaders need to coopt them, but not so many autonomous resources that they themselves are reluctant to commit to a dominant party project. The book explores this argument and its implications with a multi-method empirical approach that combines within-country qualitative and quantitative analyses with cross-national statistical tests. Much of the book focuses on the process of ruling party formation (and non-formation) in contemporary Russia. In a span of just over 20 years, post-Soviet Russia has witnessed the failure of at least two ruling party projects and the emergence of a successful dominant party, United Russia. I show how, in the 1990s, Russia’s powerful elites—in particular, regional governors and other local powerbrokers—eschewed real commitments to the various pro-presidential parties of the time, preferring instead to focus on the cultivation of their own political machines. In turn, seeking to avoid the costs of supporting a party that could not be sustained, President Boris Yeltsin undermined his own pro-presidential parties. By contrast, in the early 2000s a surge in oil revenues, sustained economic growth, and the attendant popularity of Yeltsin’s successor, Vladimir Putin, changed the balance of power between the Kremlin and regional elites. This readjustment in the balance of resources gave elites more reason to cooperate with the center than they had had in the 1990s. At the same time, existing elites were still strong enough that the Kremlin would need to work with them if it wanted to win elections, pass legislation, maintain social quiescence, and govern cost-effectively. Because the Kremlin needed to coopt these elites and elites were no longer so strong that they would necessarily be unfaithful partners, the Kremlin felt comfortable investing in a dominant party that could be used to coopt them. The result was Russia’s current ruling party, United Russia. Through an analysis of United Russia’s rise, this book sheds new light on how the current regime in Russia was built. It addresses questions such as why elites affiliate with the regime, what keeps elites loyal and how the regime wins elections. I argue that United Russia is an important, and often overlooked, pillar of regime stability. By demonstrating the party’s institutional role in perpetuating the regime, this study demonstrates some of the limits of personalism in contemporary Russia. The Origins of Dominant Parties is the result of more than 18 months of fieldwork in 10 Russian regions and Moscow. It draws on over 100 elite interviews and a series of original datasets compiled by the author. It contributes to research agendas on democratization, authoritarian regimes, and political institutions, as well as current debates in the study of Russian politics. As such, it should be of interest to both general comparativists and to scholars of post-Soviet politics. In addition, given its focus on recent political developments in Russia and its novel arguments about the organization of political power under Putin, this book should also be appealing to Russia watchers outside academia. 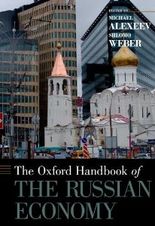 By 1999, Russia's economy was growing at almost 7% per year, and by 2008 reached 11th place in the world GDP rankings. Russia is now the world's second largest producer and exporter of oil, the largest producer and exporter of natural gas, and as a result has the third largest stock of foreign exchange reserves in the world, behind only China and Japan. But while this impressive economic growth has raised the average standard of living and put a number of wealthy Russians on the Forbes billionaires list, it has failed to solve the country's deep economic and social problems inherited from the Soviet times. Russia continues to suffer from a distorted economic structure, with its low labor productivity, heavy reliance on natural resource extraction, low life expectancy, high income inequality, and weak institutions. While a voluminous amount of literature has studied various individual aspects of the Russian economy, in the West there has been no comprehensive and systematic analysis of the socialist legacies, the current state, and future prospects of the Russian economy gathered in one book. The Oxford Handbook of the Russian Economy fills this gap by offering a broad range of topics written by the best Western and Russian scholars of the Russian economy. While the book's focus is the current state of the Russian economy, the first part of the book also addresses the legacy of the Soviet command economy and offers an analysis of institutional aspects of Russia's economic development over the last decade. The second part covers the most important sectors of the economy. The third part examines the economic challenges created by the gigantic magnitude of regional, geographic, ethnic, religious and linguistic diversity of Russia. The fourth part covers various social issues, including health, education, and demographic challenges. It will also examine broad policy challenges, including the tax system, rule of law, as well as corruption and the underground economy. Michael Alexeev and Shlomo Weber provide for the first time in one volume a complete, well-rounded, and essential look at the complex, emerging Russian economy. 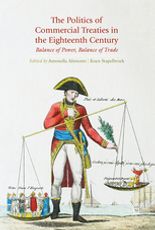