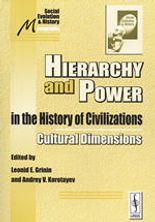 Книга
Hierarchy and Power in the History of Civilizations: Cultural Dimensions
M.: KRASAND, 2009.

The human history has evidenced various systems of hierarchy and power in different spheres of social life. The relations of hierarchy and power are relevant for every sphere as they penetrate the whole life of a society and represent a sort of framework for an individual's activity. The cultural sphere (in the wide sense of the word) is not an exception, although, of course, it has great peculiarities in the manifestation of power-hierarchical relations. The relations here are usually informal and more often connected with traditions than with norms, there are much less power structures that have the legal right for coercion. The book consists of two main parts. The papers included in the first section discuss the dynamics and potentials of newly emerging socio-cultural network structures and the ways in which they reconceptualize socio-cultural organization through innovative forms of spatial practice. The second section is dedicated to the study of new models of communication whose influence overcomes states' borders and which have a great potential and capabilities for destroying the basis and cultural values of the society.

A more and more important role is played by new directions in historical research that study long-term dynamic processes and quantitative changes. This kind of history can hardly develop without the application of mathematical methods. The history is studied more and more as a system of various processes, within which one can detect waves and cycles of different lengths – from a few years to several centuries, or even millennia.

This issue is the third collective monograph in the series of History & Mathematics almanacs and it is subtitled Processes and Models of Global Dynamics. The contributions to the almanac present a qualitative and quantitative analysis of global historical, political, economic and demographic processes, as well as their mathematical models.

This issue of the almanac consists of two main sections: (I) Analyses of the World Systems and Global Processes, and (II) Models of Economic and Demographic Processes.

We hope that this issue of the almanac will be interesting and useful both for historians and mathematicians, as well as for all those dealing with various social and natural sciences.

Книга
History of accounting, buisness administration doctrines and development of new methods of management in Italy and Russia, 2010
Milan: Rirea, 2010.

This series is published as an outcome of the Russian-Italian conference. The series materials are intended for professors, postgraduates, and students 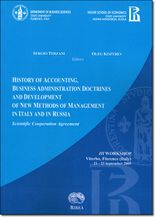 Книга
History of Accounting, Business Administration Doctrines and Development of New Methods of Management in Italy and in Russia, 2009
Milan: Rirea, 2010. 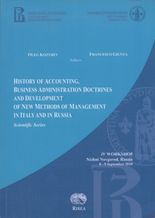 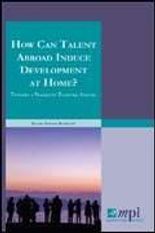 This volume develops a pragmatic approach to the engagement of highly skilled members of the diaspora for the benefit of their countries of origin. The book is based on empirical work in middle-income economies such as those in Argentina, Mexico, and Russia, as well as in high-income countries such as South Korea, Ireland, and the United Kingdom. 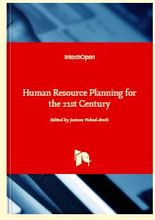 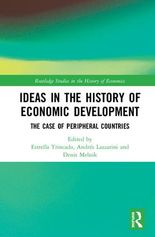 Книга
Improving the use of economic instruments for water management in the republic of buryatia (Lake Baikal Basin)
Terentyev A. A. Prt. 2: Assessing and Evaluating Opportunities for Potentially More Efficient Water Resources Management . P.: OECD Publishing, 2015. 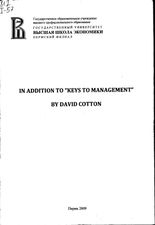 In lieu of an introduction: This work, presented as a report at XV International April Conference of National Research University HSE, was started as a new version of the first chapter of my book published in 2002 “Russian Economy. Sources and Panorama of Market Reforms”.

The more I worked and read literature on the subject, the further I moved from the initial idea. Changes were especially significant after I read the works of E. Huntington and L. Harrison which emphasized the role of culture, which also includes institutions, in the development of the economy and society.

It happened so that I lost hope to rework the text of the mentioned book in the spirit of these ideas. It seemed appropriate to me to present the results of work in the form of this report mainly devoted to one task: understand the historical and institutional sources of the problems now faced by Russia which started its transition to the well-established European market and network economic model back in 1861. Thus, this report is focused on how Russia, unlike Europe, developed its national culture after 12th century, and how it formed the autocracy institution as a core of the political system. And how the traditions of this system influenced the development of the country again and again. It is understood that this subject attracted the attention of many researchers. Here I will mention the names of V.O. Klyuchevsky; A. Akhiezer, I. Klyamkin and I. Yakovenko; Y. Pivovarov and A. Fursov, L.S. Vasiliev, as well as R. Pipes. The key moment I would like to draw your attention to is the collision of totally different structures, though compatible under certain conditions: hierarchy of domination and submission typical of feudalism and bureaucracy, on the one hand, and the network market structure born in the Ancient Greece on the other hand. Then it revived in Europe, first in medieval cities, and then it became the basis for capitalism and democracy development in present- day understanding. This system of institutions generated industrial economy and ensured a high pace of its development. It also contributed to growing importance of science and accelerating the processes of innovations creation and realization. According to E. Machiusson and G. Clark, the scope of the world economy increased ten times in the past 200 years (1800–2003), while there was no substantial growth during the previous 3,000 years.

As I understand, Russia started transition from hierarchy to network in 1861, after the Emancipation reform. Since that time it has 5 been undergoing a painstaking process of transformation, with the Soviet experiment being its stage. It was started by people that believed in the truth of Marxist theory that adopted the collapse of market economy and its replacement by large-scale machine industry. By 1970s it became clear that Marx was mistaken: the market mechanism did not disappear, it confirmed its role in the development and globalization of the world economy. Russia managed to put an end to the Soviet experiment and puts great efforts to overcome the contradictory processes of renewal and development of the present-day market economy, as well as the retarding influence of long-standing traditions of hierarchy and despotism domination. These questions are dealt with in greater detail in the offered report. 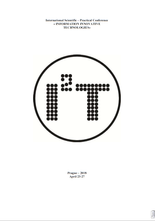 The data book is issued for the first time by Institute for Statistical Studies and Economics of Knowledge of the National Research University – Higher School of Economics (HSE ISSEK) together with Federal State Statistics Service and presents the main trends in information society development in the subjects of the Russian Federation. It contains information that characterises the sector of information and communication technologies (ICT), ICT infrastructure, and ICT usage by households and organisations. The publication contains data provided by Federal State Statistics Service and the Ministry of Telecom and Mass Media of the Russian ¬Federation. When constructing the indicators the authors used the methodology developed by HSE ISSEK, which was then harmonised with the approaches adopted by international organisations. The publication is designed for a wide range of readers interested in information society development issues, including public authorities, experts, scientific personnel, and those working with universities and businesses.