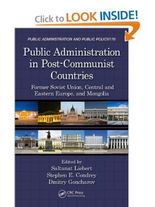 Although it has been more than 20 years since Communism crumbled in Central and Eastern Europe and the Soviet Union, many scholars and politicians still wonder what the lifting of the Iron Curtain has really meant for these former Communist countries. And, because these countries were largely closed off to the world for so long, there has yet to be an all-inclusive study on their administrative systems—until now. In Public Administration in Post-Communist Countries: Former Soviet Union, Central and Eastern Europe, and Mongolia, expert contributors supply a comprehensive overview and analysis of public administration in their respective post-Communist countries. They illustrate each country's transformation from an authoritarian system of governance into a modern, market-based, and in some cases, democratic government. The book covers the countries that were officially part of the Soviet Union (Russia, Ukraine, Moldova, Estonia, Lithuania, Georgia, Kazakhstan, and Kyrgyzstan); those that were theoretically independent but were subject to Soviet-dominated Communist rule (Bulgaria, Hungary, Romania, and Poland); as well as a satellite republic that was under significant Soviet influence (Mongolia). Each chapter includes a brief introduction to the specific country, an overview of politics and administration, and discussions on key aspects of public management and administration—including human resource management, public budgeting, financial management, corruption, accountability, political and economic reform, civil society, and prospects for future development in the region. The book concludes by identifying common themes and trends and pinpointing similarities and differences to supply you with a broad comparative perspective. 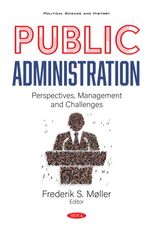 From 18 to 21 November 2015, in the Vatican, the Congregation for Catholic Education celebrated the fiftieth anniversary of the Second Vatican Council’s Declaration Gravissimum Educationis and the twenty-fifth anniversary of the Apostolic Constitution Ex Corde Ecclesiae. As part of these celebrations, the Congregation aimed to re-energise the Catholic Church’s commitment to education by means of a World Congress entitled ‘Educating Today and Tomorrow: A Renewing Passion’. The main aim of the Congress was to re-energise the role of Catholic schools and universities that act in the name of the Universal Church. The Congress urged more than 5,000 participants to step up efforts to promote dialogue in times of spiritual poverty, self-referential exclusiveness, harmful spread of ideological viewpoints, and the lowering of the general level of culture.

In line with the aims of the Congress, and under its hospitable auspices, the European Association for Education Law and Policy (ELA) held a special conference. The ELA sessions within the larger Congress focussed mainly on the re-consideration of the role that religion plays in education in general. The main concern of this legal panel, therefore, was the way religious studies, the rights of believers, and non-believers are accommodated in both secular and confessional schools and universities around the world. Thus, the ELA sessions encompassed the transformation and renewal of religion in education in general (not only Catholic education), across various sectors of society.

This issue is a compilation of papers presented at ELA sessions in the Vatican. The papers presented at the ELA sessions were submitted to double blind peer review processes and only the best accepted and selected. The editors are already in possession of a full draft of the manuscript. This draft has been extensively edited for language and coherency already. The contributions composing this issue provide an all-encompassing analysis of the position of religion in education across the globe and how religious distinctiveness in education can be promoted. This volume deals, first, with overarching concepts of accommodating religious distinctiveness at schools and understanding the place of religion in compulsory instruction. Second, it provides important case studies explaining in much detail the various approaches to reconciliation of law and state, religion and education, secularism and diversity that exist in the world.

Back in 2008 when the conflict between Russia and Georgia broke out, International Centre on Conflict and Negotiation initiated the most long-standing of dialogue efforts between Russian and Georgian high-profile political experts, named later, as per the site of the meetings, the Istanbul Process. GPPAC, as a global network of civil society organisations, working across conflicts on an international level, and perceived as being able to play an impartial role in facilitating the dialogue processes, supported and partnered this important initiative, offering a framework that provided the needed, politically neutral, environment for the Russian and Georgian sides to engage with each other. 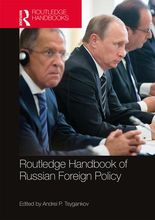 The first yearbook, published by the Observatoire franco-russe, aims to provide the most complete analysis possible of the situation in Russia. Bringing together the contributions of some 50 recognized experts, it is organized around four themes: the economy, internal politics and society, regions and foreign and defense policy. The fifth part, entitled “Franco-Russian Miscellany”, illustrates the history, diversity and exceptional richness of relations between our two countries. Considering discrepancies between perceptions of Russia in Europe and the evolutions that have occurred in the country since the end of the UDDR, the Observatoire wishes to provide dispassionate, in-depth, operational and accessible expertise. In other words, to restore a measure of nuance and complexity to a subject too often caricatured either intentionally or by ignorance.

Russia after the Global Economic Crisis examines this important country after the financial crisis of 2007–09. The second book from The Russia Balance Sheet Project, a collaboration of two of the world's preeminent research institutions, the Peterson Institute for International Economics and the Center for Strategic and International Studies (CSIS), not only assesses Russia's international and domestic policy challenges but also provides an all-encompassing review of this important country's foreign and domestic issues. The authors consider foreign policy, Russia and it neighbors, climate change, Russia's role in the world, domestic politics, and corruption. 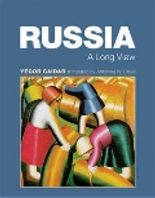 It is not so easy to take the long view of socioeconomic history when you are participating in a revolution. For that reason, Russian economist Yegor Gaidar put aside an early version of this work to take up a series of government positions--as Minister of Finance and as Boris Yeltsin's acting Prime Minister--in the early 1990s. In government, Gaidar shepherded Russia through its transition to a market economy after years of socialism. Once out of government, Gaidar turned again to his consideration of Russia's economic history and long-term economic and political challenges. This book, revised and updated shortly before his death in 2009, is the result. Its transition complete, Russia is once again becoming part of the modern world. Gaidar's account of long-term socioeconomic trends puts his country in historical context and outlines problems faced by Russia (and other developing economies) that more developed countries have already encountered: aging populations, migration, evolution of the system of social protection, changes in the armed forces, and balancing stability and flexibility in democratic institutions.

Topics of discussion in this astonishingly erudite work range from the phenomenon of modern economic growth to agrarian societies to Russia's development trajectory. The book features an epilogue written by Gaidar for this English-language edition. This is not a memoir, but, Gaidar points out, neither is it "written from the position of a man who spent his entire life in a research institute." Gaidar's "long view" is inevitably informed and enriched by his experience in government at a watershed moment in history. 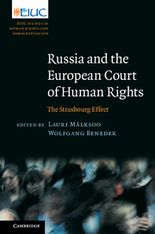 Why has there been a human rights backlash in Russia despite the country having been part of the European human rights protection system since the late 1990s? To what extent does Russia implement judgments of the Strasbourg Court, and to what extent does it resist the implementation? This fascinating study investigates Russia's turbulent relationship with the European Court of Human Rights and examines whether the Strasbourg court has indeed had the effect of increasing the protection of human rights in Russia. Researchers and scholars of law and political science with a particular interest in human rights and Russia will benefit from this in-depth exploration of the background of this subject.

This report analyzes the development trends and conditions of the Russian economy, specifically its energy sector. It also reviews the projections of carbon emissions by 2020 and beyond in the context of the Russian government's scenarios of economic development. The second section of the report focuses on Russia's position in the negotiation process on a post-2012 climate regime, including the emission limitation pledge, carry-over of the surplus of assigned amount units (AAU) beyond 2012 and the forest carbon sinks. The report is written by Dr George Safonov, State University - Higher School of Economics/ Russian Environmental Defense Fund and Dr Oleg Lugovoy, Russian Environmental Defense Fund and Dr Anna Korppoo, the Finnish Institute of International Affairs. The Nordic Ministers of Environments established the Nordic COP 15 Group early in 2008. In January 2010 the group was renamed to the Nordic ad hoc Group on Global Climate Negotiations. The main tasks of the group are to prepare reports and studies, conduct relevant meetings and organize conferences supporting the Nordic negotiators in the UN climate negotiations. The overall aim of the group is to contribute to a global and comprehensive agreement on climate change with ambitious emission reduction commitments. 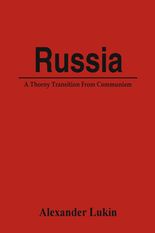 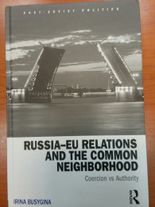 Книга
Russia-EU Relations and the Common Neighborhood: Coercion Versus Authority
Busygina I. Routledge, 2018. 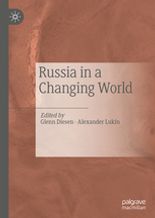 In contrast to the internationally wide-spread stereotype of Russia as a revisionist power in the High North, this book argues that Moscow tries to pursue a double-sided strategy in the region. On the one hand, Russia aims at defending her legitimate economic interests in the region. On the other hand, Moscow is open to co-operation with foreign partners that are willing to partake in exploiting the Arctic natural resources. The general conclusion is that in the foreseeable future Moscow’s strategy in the region will be predictable and pragmatic rather than aggressive or spontaneous. The authors argue that in order to consolidate the soft power pattern of Russia’s behavior a proper international environment in the Arctic should be created by common efforts. Other regional players should demonstrate their responsibility and willingness to solve existing and potential problems on the basis of international law.