The U.S. defence community is currently debating a range of capability requirements and top priority investments that will shape U.S. strategy and the use of force in the 21st century. Embedded in a broader conceptual umbrella of the Third Offset Strategy, the U.S. Department of Defence (DOD) seeks to develop technologically enabled novel operational and organisational constructs. This would sustain U.S. military superiority over its capable adversaries at the operational level of war, thereby strengthening conventional deterrence. At the same time, the Third Offset strategy aims to revamp institutional agility in U.S. defence management to succeed in a dynamically evolving operational environment. By speeding up the implementation of organisational and conceptual innovation, a strategic technological advantage is sustainable. Strategic effectiveness of the Third Offset, however, will not only depend on the institutional agility and adoption capacity – the financial intensity and organisational capital required to adopt military innovations, but will also depend on the responses, resources, and counter-innovations by peer competitors. Notwithstanding the diffusion and convergence of novel technologies – electronic miniaturisation, additive manufacturing, nano-technology, artificial intelligence, space-like capabilities, and unmanned systems that are likely to alter the character of conflict over time, the patterns of “challenge, strategic response, and adaptation” will continue to shape the direction and character of long-term strategic competitions. Accordingly, this report aims to ascertain the evolving contours of the Russian strategic thought and responses toward the Third Offset strategy. It argues that while the U.S. Third Offset is a recent development, its core technological initiatives have been a significant causeof concern for Russia for a long time. In this context, Russian responses to counter these initiatives consist of two major elements: The first one is ‘countering the Third Offset Strategy with the First Offset Strategy’, which means prioritising the development of a wide array of both strategic and tactical nuclear weapons systems. For Russia, maintaining a sophisticated arsenal of nuclear weapons can effectively offset conventional military innovations of the U.S., NATO, and China. The second element of the response strategy is more ambitious, and carries greater technological risks. Russia began to counter many U.S. technological initiatives via similar indigenous programs, although more narrowly focused and smaller in scale. In October 2012, Russia established the Advanced Research Foundation (ARF) – a counterpart to the U.S. DARPA. The ARF focuses on similar areas such as the Third Offset Strategy, including hypersonic vehicles, artificial intelligence, additive technologies, unmanned underwater vehicles, cognitive technologies, directed energy weapons, and others. Although in some programmes, Russian military research and development are at initial stages relative to the U.S., in other areas such as directed energy weapons, rail gun, hypersonic vehicle; unmanned underwater vehicle programmes are progressing into advanced stages. The key challenge for Russia, however, is a sustained resource allocation to translate these disruptive innovations into actual military capabilities. 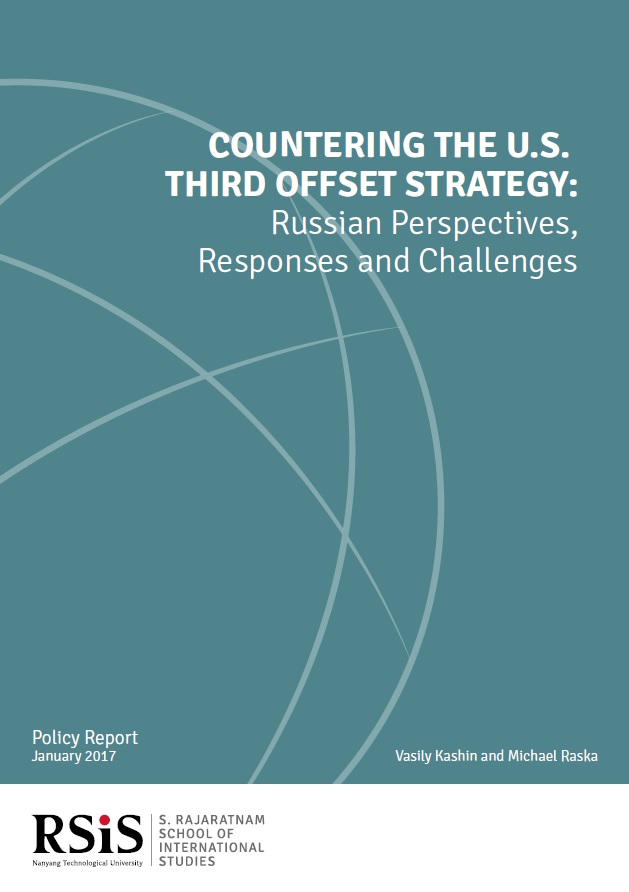